A billboard of protest 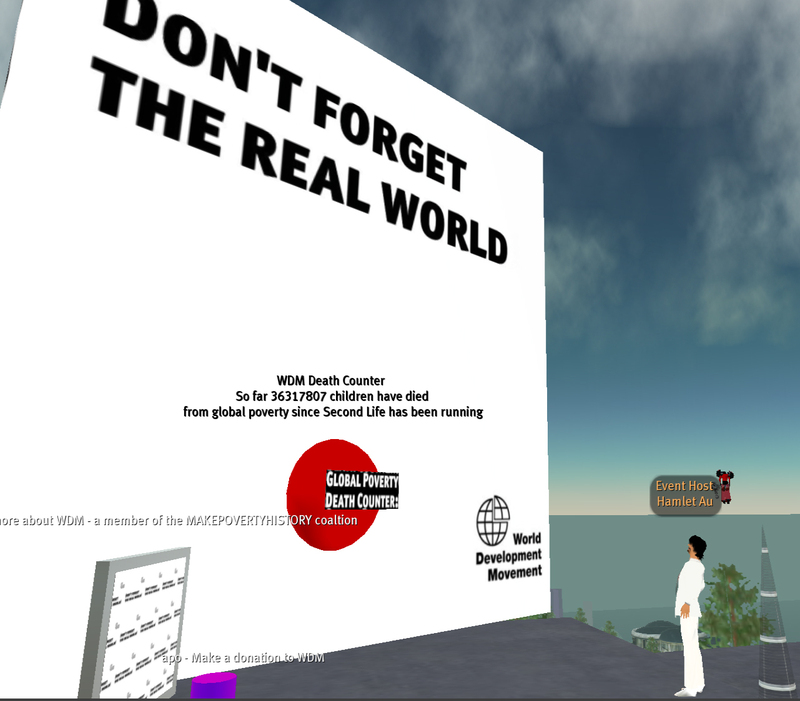 As I was posting yesterday about Save the Children’s ‘Yak Shack’ venture into the virtual world, Beth Kanter was writing about awareness raising in Second Life.

Beth quotes Rik Riel and his criticism of the ‘billboard’ put up by the World Development Movement (WDM) in Second Life.

What is ironic is that WDM has not learned to apply what they presumably have learned from their other campaigns into virtual space. Namely that it isn’t enough just to shame people. “Don’t forget the real world” contains such a superior, pejorative tone. You can read WDM’s rationale for their campaign here. But I agree with Rik. I’m not sure this call to action will be well received “in-world”. Shouting rarely gets the message across, however just the cause.