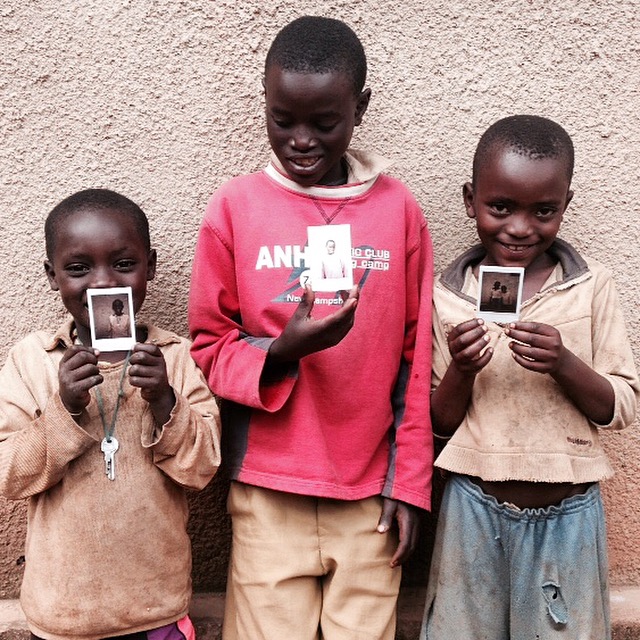 Kresta King Cutcher has been posting images to the Flickr photo-sharing community since September 2005. To date, her images have been viewed over 136,000 times. In May, Kresta left her tenured high school post in Arizona and enrolled on the MA of Photography program at The Arts Institute at Bournemouth in the UK. I’m among those who have been touched by Kresta’s work, so I asked her a few questions about her Flickr journey.

What impact (if any) has Flickr had on you and your work?

It’s had an enormous impact on my work. I initially posted my photographs as a way of sharing my summer 2005 trip to Africa with my friends and family. However, in the past year I’ve sold many photographs, and have donated many more to great causes like UNICEF, the UN, and the Pearl Children Care Centre in Uganda.

Developing contacts through Flickr has really inspired me to take my photography a step further. I am passionate about using photography to help humanitarian efforts and raise awareness of AIDS, poverty and children’s rights, especially in Africa. Flickr has enabled me to begin to do this.

Do you feel a community has built around your images?

What a great question. I think a community has formed around my images; many viewers and contacts tell me they come to my site regularly to be reminded of a world larger than their own world. I also feel this community through the regular correspondence I have with a few of my Flickr contacts. We’ve exchanged perspectives on documentary related issues, travel and equipment advice, and on topics not related to photography.

I’m also pleased to be able to steer curious viewers to other websites. Take, for example, Gregory J. Smith, founder of CARF (Children at Risk Foundation). Check out his blog for an example of how Flickr and blogs can work together. His own photography, mostly of the street children he helps shelter in Brazil, are both dignifying and beautiful. I’ve come to know some amazing humanitarians like Gregory through Flickr.

Yes, a few. There is a group called International NGOs and I know Interplast uses Flickr, as do some NGOs that offer emergency aid to the Indian Ocean tsunami and recent earthquake victims.

What are / could be the benefits for NGOs using Flickr, e.g. storytelling, communicating with stakeholders about project work All of the above. Flickr is an effortless and virtually free venue for NGOs to constructively share their message and mission. Through experience, I know that a photograph supported by a well-written story really can inspire a viewer to become a donor. A Flickr account can function as an “always on” newsletter through which staff ‘in the field’ can “show as they go” through their country-specific work. A donor can visit Flickr to see instantly what is being accomplished, and who is benefiting from an NGO’s work.

Just one caveat: A photograph may have very serious content, and a viewer could make a nonsensical or inappropriate comment (although this is thankfully rare). These can always be deleted.

Was there anything in particular which drew you to Rwanda?

For some time in early 2005, I had been reading about the genocide of 1994. After I finished reading Shake Hands With The Devil: Humanity’s Failure in Rwanda, I decided to visit Rwanda and teach photography to orphaned children. That first trip inspired me to rethink so much. I started a scholarship fund at the Gisimba Memorial Centre (an orphanage on the outskirts of Kigali) and I spend much of my time encouraging others to support not only the Centre, but also other orphanages, ministries, and NGOs.

As well as Rwanda, I also visited Uganda, Congo, South Africa, Mozambique, and Swaziland – all countries deeply impacted by poverty, AIDS, and conflict.

Have the organisations listed in your Flickr profile found you through your photography? To my knowledge, they found me through Flickr – all except Orphans of Rwanda and the Pearl Children Care Centre, whom I contacted myself to share my photographs. An orphan from the Gisimba Memorial Centre (Alex, who now lives in Minnesota) discovered my photographs on Flickr about a year ago. We’ve since developed a close friendship, and have collaborated on several presentations about the orphanage where he grew up. Before my second trip to Rwanda in June of this year, Alex insisted that I contact Amon, the founder of Living Faith Ministries. He too, has also become a close friend.